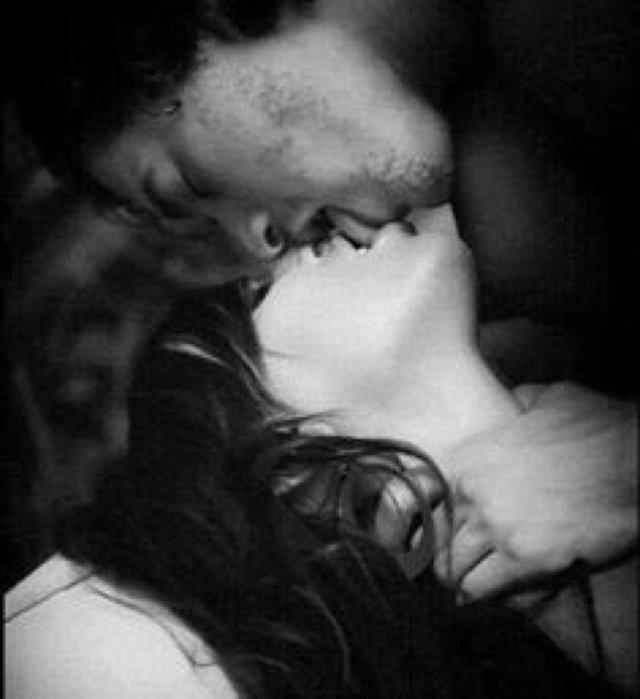 Ever since I was a young kid I was drawn to monsters. In the beginning, it was a child’s fascination with the unknown – grotesque ghosts, feral werewolves, unstoppable aliens, the very creatures from hell. I enjoyed their otherworldly presence, I enjoyed seeing something from somebody else’s nightmares.

As an adult, I still have this fascination, this…longing to see something beyond my own wildest nightmares. But there’s another layer there now – a new appreciation. Some monsters are tragic, creatures that were either once men, now different – creatures that are hunted for their own feral behaviour, creatures that have their own tragic background.

As an adult, the monsters that stay with me are Dracula, Dr. Jekyll, The Wolf Man, The Phantom of the Opera and so forth. Each of these characters are men struggling with something inside of them – this terrible self that can be destructive and alien and unlike who they are beyond the transformation. And though them I see tragedy and humanity and duality – and myself.

My mother, my sisters – they all raised me to be proper. They taught me values and morals that I carry with me every day of my life. I live by a few codes of honour – be kind to others, treat others as you want to be treated, be a gentleman not only to your loved ones but to the world around you – I certainly falter, some days I feel flat, prone to hotheadedness. I’d certainly never be violent – I detest violence – but I can be moody.

More than this, I can be primal and flirtatious and crass and sexual and just generally odd. I used to be terrified of this side of myself – this side that felt like being rough, that would think of such dark things….this side that would watch The Evil Dead and be aroused during the scene in which the vines of a tree, possessed by such dark magic, raped a poor unsuspecting soul.

After I would come back from a primal descent, shaken and panting, cock still throbbing from the throes of orgasm, everything I thought of in the moment would crash over me — and I’d be horrified.

That wasn’t me, I would think. How could I think such violent things? How could I get off on the things that go against everything I felt normally? You must understand I would never legitimately hurt someone outside of a controlled environment – think consensual non-consent – but the sheer idea of concepts new to me at the time – concepts like bruising, impact play, biting, choking, forcing my way into someone just to feel my cock split apart wet lips – horrified me.

I felt, in all honesty, like Dr. Jekyll discovering Mr. Hyde – who was this opposite? This feral doppelgänger? Why did I think such wicked thoughts?

And, fast forward years later, these wicked thoughts, this opposite man, still resides within me, carefully restrained through controlled environments and a watchful eye. It’s almost like a beast soothed by my other – kitten. Who helps me come back down, who accepts this creature and gives herself to it in love and adoration. If I am the beast, she is the beauty – one I’ve been looking for my whole life, soulfully fulfilling and accepting.

Maybe I’m not a beast or a monster or a creature, maybe I’m human with dark tendencies and that’s all she wrote – I don’t know. But I still feel it, you know? I feel it in my bones and in my heart and in my cock. I feel this ferocious energy, this mindset that says ‘don’t poke me, I don’t want you to see what happens if you do.’ I feel it all, and some days I accept it and some days I am scared by it, thinking —- am I alone? Or are there men or women like me out there?

I was a late bloomer to realising I was a primal. When I was 26, I befriended a lovely Canadian woman from Fetlife who talked to me about the ways of packs and who helped me realise I wasn’t so alone in the universe.

When I reconnected with a lovely lady who would go on to be my kitten and best friend and other piece of my soul puzzle, we realised together the full extents of our primality. Is that a word? I’m making that a word. Writing degree be damned!

The timing of these events take place shortly after I stared at my true self through the Magic Mirror Gate and came to terms with my psyche. My experience at the gate would lead me on to help my kitten understand some things about herself. And the more she spoke timidly of cages and collars and leashes, the more I realised how interested in this dynamic I really was.

Kitten made me realise just how deep into the primal dynamic I was, but she also brought out in me the other part of being primal – animalistic traits.

One evening during a special moment, she licked me, claiming she felt compelled to do so. I was taken aback. No one had never done that to me and it felt charming and special and lovely. I felt unique to her.

I tried it myself on her – gingerly, I might add – and sure enough, it has become a deep form of affection for the both of us. It doesn’t always happen but when it does, I feel that same giddy surge of love and excitement, knowing I’ve been marked.

I guess what I’m getting at is that being in contact with my kitten and her primal self has brought me out of my shell in a way. I have kept the knowledge of myself from the experience at the Mirror Gate and have allowed myself to be helped my her lovely mind in order to grow.

Licking and growling and biting is part of my existence now. In and out of the bedroom.