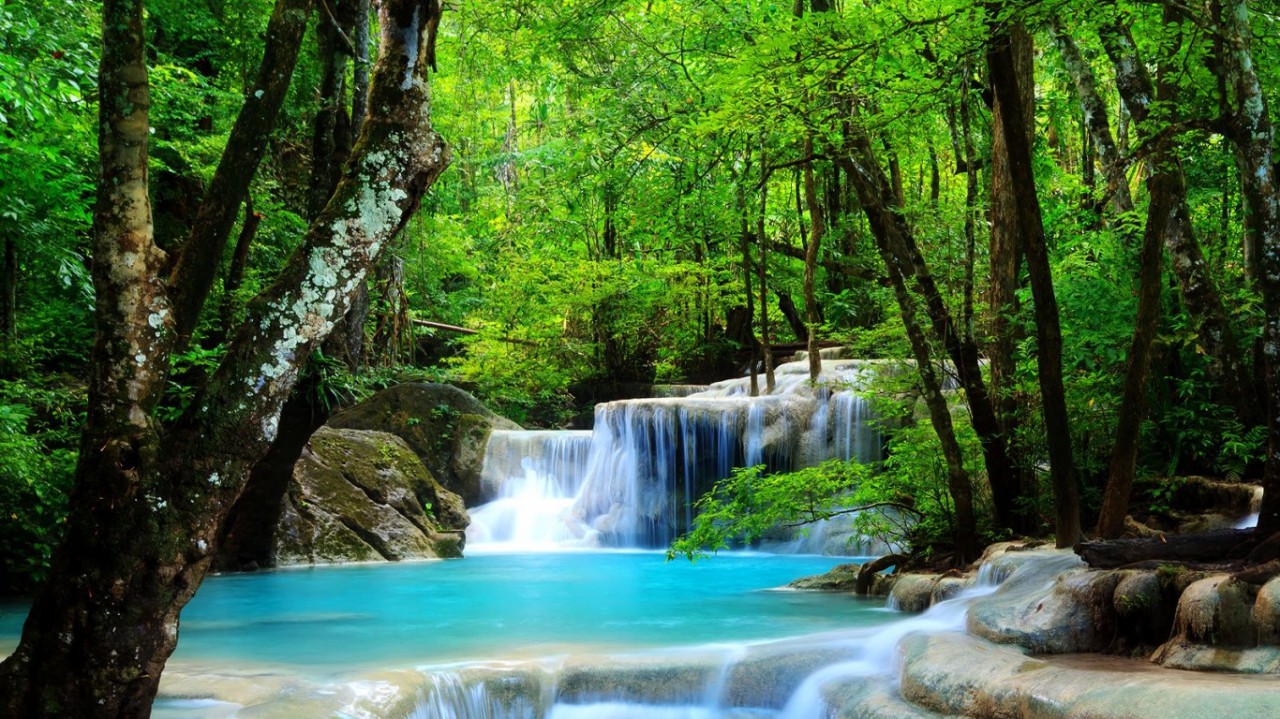 It was the light of the morning that woke Ryan from his deep sleep.

As he opened his eyes and shielded his gaze from it, his mind began to register where he had laid his head.

He had over his body what appeared to be a woollen dark brown quilt and he had appeared to rest his head on a little straw bed.

Yet it was the most comfortable sleep he has had in

(he paused to think)

His lack of memory frightened him.

Was that part and parcel of being in Valhalla, he wondered. Losing memory of your old life as a new one begins?

Ryan pushed the thought of his mind and rose from the bed.

His feet hit the cool dirt and that’s when he noticed that he was in what appeared to be a hut, for it seemed to be formed with bamboo sticks at the tip of the roof.

He looked around the room, taking note of a dressing table beside him with clothes folded next to a metal bowl of water that cast a reflection on the bamboo above.

Ryan didn’t even know what this strange hut was made of, but ‘bamboo’ came to mind specifically because that’s what he would use if he had to make a hut.

After washing his face with the water in the bowl, and dressing himself in the white tunic and grey pants, he made his way outside.

As he glimpsed the sunny skies of Asgard, the fear of forgotten memories was far from his mind.

For a moment, he stood there looking around at the spectacle of the blue grass swaying gently in the wind.

He raised a hand and skimmed the surface of the blades of grass.

The sound of water rippling tore from thought and he moved in the direction of the sound.

The memory of last night came back to him. He remembered being angry with Eira.

He wondered if that was why she had disappeared.

Ryan had to push past a tangle of light purple vines, almost glowing in the light of dawn, as he moved towards the sound of water trickling.

As he stepped closer, he could also hear something else. Murmuring.

It was a woman’s.

He ducked under a low hanging vine and came out into a clearing of short blue grass. To his left was a pond, or what had turned into a pond.

It seemed to be a hole in the ground that was filled with murky waters. To the right of this makeshift pond, there was a tree resting horizontally from where it must’ve stood before it fell, causing the hole that is now filled with muddy waters.

At the far end of the makeshift pond, hidden behind the tree trunk’s roots – Ryan had to step to the left a little – was Eira, fully nude and kneeling at the edge of the pond.

Her hands were outstretched into the pond. She raised them to her face, a little water trickling through her fingertips, and murmured something.

Then she splashed the water across her face.

At that point, she noticed Ryan. She stood up at once, revealing her lower half.

Ryan averted his eyes. “Excuse me, I didn’t mean to interrupt”

“Not at all, I was just finishing my prayer. Do you wish for me to get dressed?”

Ryan turned to look at her, making eye contact. Eira had her head cocked, her face was blank.

Eira stood looking at him a moment, her expression blank and never changing.

Her apparent ease at being nude in front of him made him uneasy. There was a feeling on his skin, like something scratching from the inside, which made him shiver.

Eira nodded and turned, her back facing him.

Her back, wet from her bath, glistened in the light of the sun.

Ryan was met with the view of Eira’s shapely buttocks, before he could turn away from her.

“I have picked some fruit for our breakfast.” Eira said from his right side.

Ryan looked out of the corner of his eyes; she was slipping a light grey dress over her body.

The fabric fell, covering her back.

Eira turned to face Ryan, her auburn hair sticking out in every which way.

“We have a wide variety here. Apples, Mangos, Oranges and bananas. That is just the beginning.”

The uneasy feeling was coiling around Ryan’s stomach.

Eira cocked her head. “We have a long journey ahead”

She was looking at him closely, her steely eyes searching for meaning.

She didn’t say a word, only nodded while still gazing at him.

The silence only served to make Ryan wonder if he had offended Eira in any way, whether the look on Eira’s face meant something more than just concentration.

“Is this about last night?”

Ryan turned in the direction of the voice.

Kara emerged from the long grass behind him, dressed entirely in her armour.

The armour itself was dazzling silver, bearing the same design of the Valkyrie’s necklace in the centre of the torso.

Across her face was a mischievous smile as she looked from Eira to Ryan.

“What sort of cheeky things have you got yourself into, little sister?”

Ryan noted the rise of tension suddenly, looking to Eira, whose body stiffened.

Not wanting a bar of it, Ryan stood between Eira and Kara, facing Kara head on.

Kara regarded him intensely, looking him up and down.

Hoping she wouldn’t perceive that as a threatening gesture, Ryan forced a smile and an outstretched hand.

A smirk spread across Kara’s face. She looked from him to over his shoulders at Eira.

“Well, he sure is handsome. If you’re willing to switch roles, I’m sure the girls and I can find a place for him to lay.”

The comment struck Ryan right down at his stomach. He suddenly felt queasy.

He found his eyes traveling back at Eira, who met his gaze.

There was something there behind her eyes. Hurt maybe? Ryan couldn’t tell. It was hard to read her face.

“I was assigned to him. I will fulfil the duty given to me by the All-Father”

Ryan didn’t know where to cast his eyes. He didn’t want to make eye contact with the lady named Kara; there was something intense about her gaze that made him uncomfortable.

I was assigned to him, Eira had said.

What happens when we get to Valhalla and a time comes for new people to arrive?

“Is it really duty, dear sister?”

It spoke with an air of confidence, loud and commanding.

He turned to see an African-American woman standing tall, her posture perfect, her eyes looking sharp and focused.

Her body was decorated in magnificent armour, the dazzling silver and gold Ryan had come to see from Eira. On the chest piece, the Valkyrie symbol that was golden on Eira’s chest piece was coloured a deep scarlet here.

On either side of the woman stood a Valkyrie, wearing the same armour, their faces blank as they stared ahead.

The woman took one quick look at Ryan, and then looked at Eira.

“What is this?” The woman spoke. “Why do you squabble like children? We have the shores to reach.”

The woman these two ladies called ‘Battle Mistress’ – the name sounded goofy to Ryan, but he was too entranced by the moment to find the humour – gave a slight nod.

“I don’t want to hear any more of this. See to your duties.”

The woman gave Ryan another intense look and then departed before them, exiting the clearing. She was followed by the Valkyrie on either side of her.

Kara, looking frustrated and – was that slightly angry? – followed after them.

Eira stayed silent after their departure, and for a minute there, she stood looking at the ground.

Ryan wanted to ask what that was about but remained silent. He didn’t want to interrupt whatever focus Eira was giving to the thought in her mind.

After what seemed like a few minutes, Eira spoke.

“That…was Mist. She’ll be the one training you.”

Eira started walking, forcing Ryan to start into a jog.

“But wait, I thought you’d be training me?”

Eira stopped and looked Ryan in the eyes. “I am…”

She caught herself, stopped and started again.

“We are your slaves. I was the one to bring you to Asgard, and as such it is my duty to bring you to Valhalla itself. But once there, Battle Mistress trains each soul, as it has always been..”

Around them, the forest buzzed with the sounds of the creatures all around them.

“She doesn’t bring people back? She isn’t a slave, like you?”

Ryan brushed a tree branch out of the way of his face. The information he was trying to process was heavy.

“Of course” Eira continued. “Should you want an audience with her, I am sure she would be….”

Eira looked at him once more. “More than happy to satisfy.”

Ryan rubbed his left eye, which started to itch.

“But many have approached her in the past. We live to serve.”

She suddenly became all smiles. “It makes me whole.”

Ryan looked at the smile, the incredibly warm smile, and didn’t say anything further.

He didn’t want to. He needed a moment to process, and the sounds of the birds somewhere in the trees above gave him the means to begin said process.

Eira was still smiling as they walked.

Ryan couldn’t tell what time it was when they emerged from the overgrown forest onto the sandy shores of…wherever they were in Asgard, but the sun was gone in the sky, leaving behind the pinkish-orange glow of sunset.

Before Ryan, resting at the edge of the shore, where the water met the sand, was an enormous Viking longship.

The sight was magnificent, breath-taking. Ryan had never seen anything like it.

The entire ship was decorated in a darkened scarlet finish, the cabins growing darker in the sunset.

At the ship’s bow, pointing forward fiercely, was a glistening statue of a serpent, its jaws wide and its tongue out, mid-hiss.

Ryan looked up, his eyes moving along the mast’s scarlet painted wood, to the ship’s sail, which bore the Valkyrie sigil.

Eira was watching him with that curious look of hers.

“This is how we’ll reach Valhalla,” She said.